Study: To The Human Brain, Me Is We 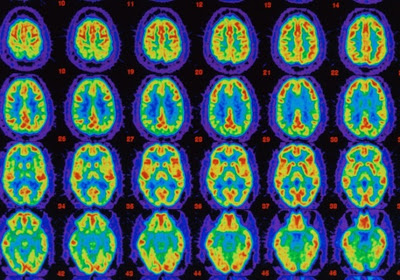 A new study from University of Virginia researchers supports a finding that’s been gaining science-fueled momentum in recent years: the human brain is wired to connect with others so strongly that it experiences what they experience as if it’s happening to us.

This would seem the neural basis for empathy—the ability to feel what others feel—but it goes even deeper than that. Results from the latest study suggest that our brains don’t differentiate between what happens to someone emotionally close to us and ourselves, and also that we seem neurally incapable of generating anything close to that level of empathy for strangers.


“The correlation between self and friend was remarkably similar,” said James Coan, a psychology professor in U.Va.’s College of Arts & Sciences who co-authored the study. “The finding shows the brain’s remarkable capacity to model self to others; that people close to us become a part of ourselves, and that is not just metaphor or poetry, it’s very real. Literally we are under threat when a friend is under threat. But not so when a stranger is under threat.”To find this out, researchers had to get a bit medieval. They had participants undergo fMRI brain scans while threatening to give them electrical shocks, or to give shocks to a stranger or a friend. Results showed that regions of the brain responsible for threat response – the anterior insula, putamen and supramarginal gyrus – became active under threat of shock to the self; that much was expected. When researchers threatened to shock a stranger, those same brain regions showed virtually no activity. But when they threatened to shock a friend, the brain regions showed activity nearly identical to that displayed when the participant was threatened.

The findings back up an assertion made by the progenitor and popularizer of “Interpersonal Neurobiology,” Dr. Daniel Siegel, who hasconvincingly argued that our minds are partly defined by their intersections with other minds. Said another way, we are wired to “sync” with others, and the more we sync (the more psycho-emotionally we connect), the less our brains acknowledge self-other distinctions.

Research in this category also dovetails nicely with that conducted by evolutionary psychologist Robin Dunbar, whose work has shown that we seem to have evolved to cognitively connect in relatively small groups of roughly 150 or less people (often referred to as “Dunbar’s Number”). Beyond that number, our brains strain to sync with others. From an evolutionary standpoint, this makes a lot of sense because chances of survival for ourselves and the group are amplified if we can devote the greatest level of cognitive resources to the task.

“A threat to ourselves is a threat to our resources,” said Coan. “Threats can take things away from us. But when we develop friendships, people we can trust and rely on who in essence become we, then our resources are expanded, we gain. Your goal becomes my goal. It’s a part of our survivability.”

The study appears in the August issue of the journal Social Cognitive and Affective Neuroscience.
Pubblicato da Stefano